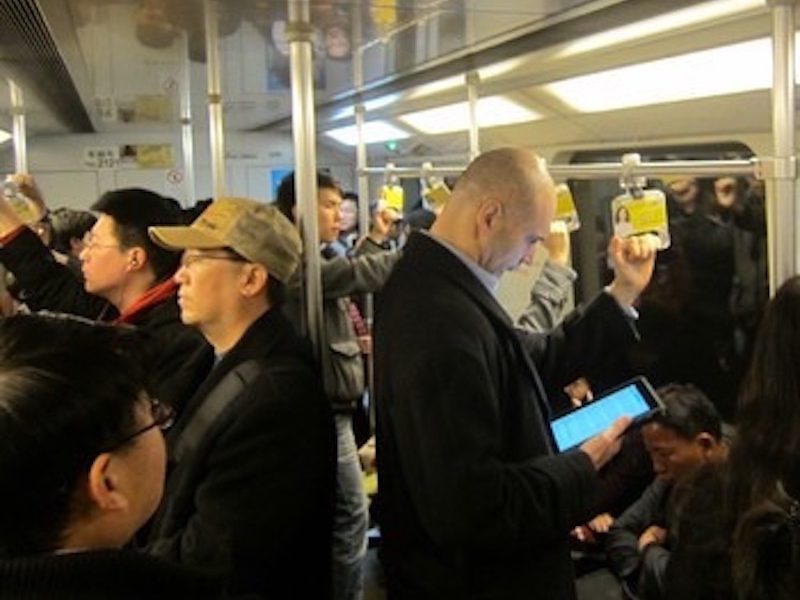 Language and culture affect the way people communicate with each other, and the devices they use can enable (or hinder) these interactions. The following projects studied languages from both a cultural and a functional point of view, exploring how language is used in different contexts and social groups, as well as the impact of digital writing, interfaces and mobility on language use.

The negotiation of language in everyday communication is complex – affected by the mode used to communicate (such as SMS, email or facebook for written language) as well as the code used (accent, tone, slang or humour for instance). Furthermore, language norms are culturally mediated, rather than universal, and can be further influenced by demographic and other sub-cultures.

Emerging technologies and digital channels for communication add another layer of complexity to language practices, which intersects with cultural norms to create new patterns of use. It is necessary to explore the peculiarities of each language type, so as to identify opportunities for products that can facilitate communication as well as delight the user.

These studies illustrate the application of design research techniques to complex, abstract issues, and the strengths of the networked company approach in dealing with the intricacies of cross-cultural research. The objective is to explore and understand the norms, formal and informal structures, usage patterns, and relationships of language and expression in interpersonal communication from a cultural point of view.

Do different people in different contexts have the similar conversations? That’s what Reach was asked to determine in a major project conducted for a global client. The research involved 3 synchronised studies in China, Spain and UK, so the network partners involved (Apogee, Fuelfor and STBY) worked together to jointly design an international study to analyse how the cultures people live in can influence the type of language they use.

Working on such a broad topic through a simultaneous study in 3 separate timezones required detailed planning and preparation. One of the benefits of the Reach network is the experience each company has in working with each other. Though each company maintained their own clear areas of responsibility, regular and open alignments mean projects like this often feel like working as a single entity.

The first step was to create a matrix of existing knowledge, developing a framework of relevant issues from a wide range of literature (in 3 different languages no less). After coming together to refine and synthesise this data, it could then be further focused on the topic at hand via a series of in-depth expert interviews. We spoke to a range of leading academics, journalists, and designers from right across the world, and the insights we gained allowed us to build an analytical framework that refined a hugely complex issue into a series of testable hypotheses.

Once developed, we then applied this framework to a series of in-depth ethnographic immersions. Going out into the field in London, Barcelona, and Shanghai, each company conducted a series of intensive interviews with a wide range of different people. This generated an incredibly rich amount of data, which our framework helped shape into a workable format for a collaborative workshop held with Nokia and all the partners in London.

The success of the first phase of the study resulted in the addition of two more phases of study. Phase 2 studied Russian and Arabic, with partners in Russia (Summun) and Egypt (Khatt Foundation).A similar framework was adapted to the constraints of these non-latin languages. Phase 3 involved developing a series of new concepts and prototypes that could be tested among the various target groups.

This complex, multi-phase project proved how design research techniques can be applied to even the most complicated, abstract issues. It also proved how the network-company approach adopted by Reach can allow such projects to maintain a global focus, incorporating cross-cultural differences (and universal similarities) into the earliest possible stages of a design process.

As the variety of written language people use while communicating through their smart devices is exploding, another study for a global client of Reach related to communication. This project examined how particularly non-latin languages were supported by existing digital writing tools, with the objective to identify opportunities for improved services.

The focus of this project was to develop a better understanding of transliteration in the wider context of digital written communication, such as text input on mobile and smart devices. Transliteration exists in a multilingual environment where people switch between different languages depending on various factors.This project looked at transliteration in Indic languages—Hindi, Urdu and Punjabi, and explored relevant particularities per language type (since needs can be very different in different languages and cultures).

STBY first conducted a pilot study in London to examine some of the themes emerging from this research out in the field. This allowed for the prototyping of several different tools and methods ahead of the main fieldwork in India, in collaboration with Quicksand. By providing some preliminary results, both the scripts and the probes for the Indian fieldwork could be targeted towards those areas deemed most relevant to the overall aims of the study. Findings from the fieldwork were documented within an analytical framework developed out of the desk research, pilot immersions, and expert interviews.