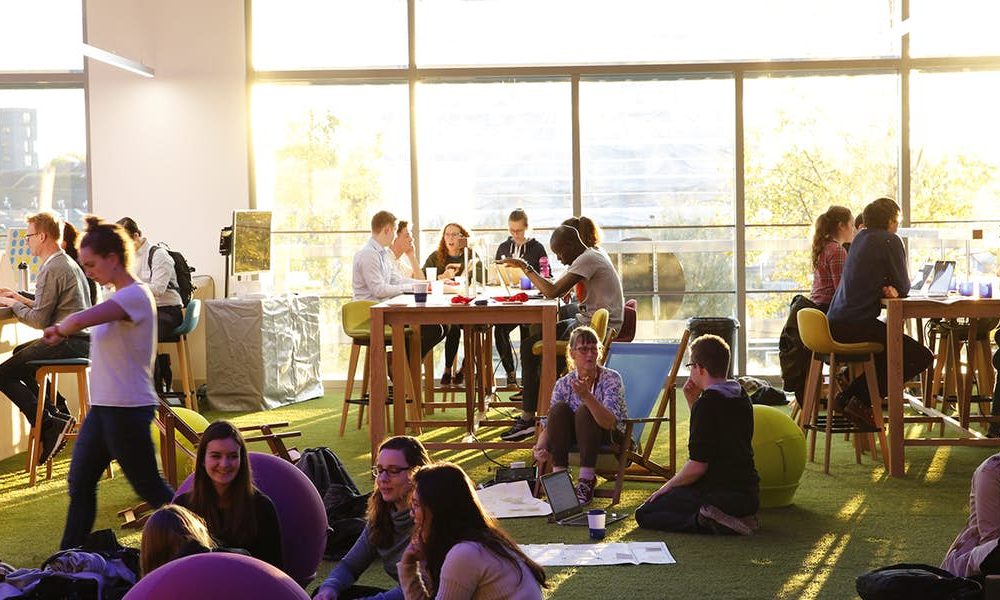 GOOD is coming back to London this year, and we are excited to host the conference in a new and exciting part of the city – Stratford, the home of the London 2012 Olympic Games. The conference takes place in Plexal, an innovation centre situated in the former Press Centre of the Olympic Games. It is equipped with a purpose-built conference centre, super fast wifi, and access to ‘the great outdoors’ with the nearby canal and access to the Queen Elizabeth Olympic Park.

Plexal is also home to one of London’s latest tech startup hub, offering workspaces to hundreds of technology, creative and design companies, large and small. Officially opened by Mayor of London Sadiq Khan in 2017, it offers a unique opportunity for visitors to get a taste of one of London’s most upcoming innovation areas.

The closest stations to the venue are:

Hackney Wick overground station, is a ten-minute walk along the canal will lead you to the venue, introducing you to the vibrant area of East London.

Stratford station, from where you can take the HereEast free shuttle bus (runs every 5 minutes) which drops you off right at the Plexal entrance.  Pick-up point is at Bus Stop X; from the station just follow directions for Queen Elizabeth Olympic Park/Westfield Stratford City exit.

Stratford International station, from where you can take the HereEast free shuttle bus (runs every 5 minutes) which drops you off right at the Plexal entrance. Pickup point is at Bus Stop E.

If you’re driving, you can use the paid parking space in the car park located next door, at Here East.