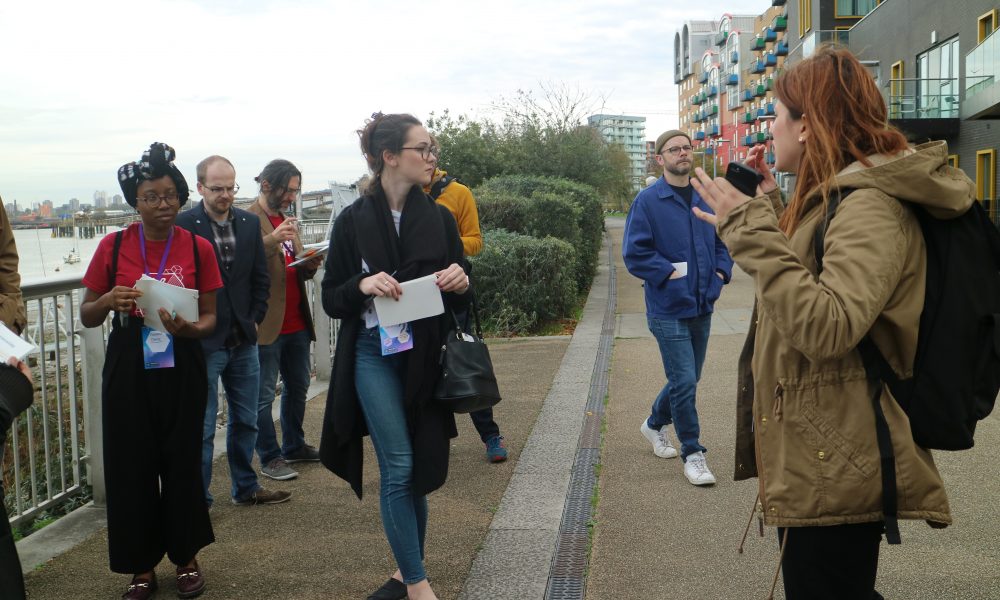 Quicksand partnered up with STBY for the Mozilla Festival in London, 2017. Quicksand has been involved for a while with the organising of this annual festival which explores themes around the open Internet movement.

STBY hosted a workshop exploring a citizen-led approach to smart city development. The interactive workshop invited people to join in a local walking tour of the Greater London area of Greenwich, to  explore and champion a bottom-up, emergent city model rather than one based on technology-push approaches. Throughout this ‘walkshop’ the participants collectively experimented with a few design research tools to unpack some major issues facing the residents of Greenwich, and identified opportunities where ‘smart’ innovations could be extremely relevant. Teams were encouraged to take photos and notes, to sketch, and to document their conversations with people.

MozFest is an annual celebration of the open Internet movement. It’s where passionate technologists, educators, and makers come together to explore the future of the open Web. Read more about the festival here.